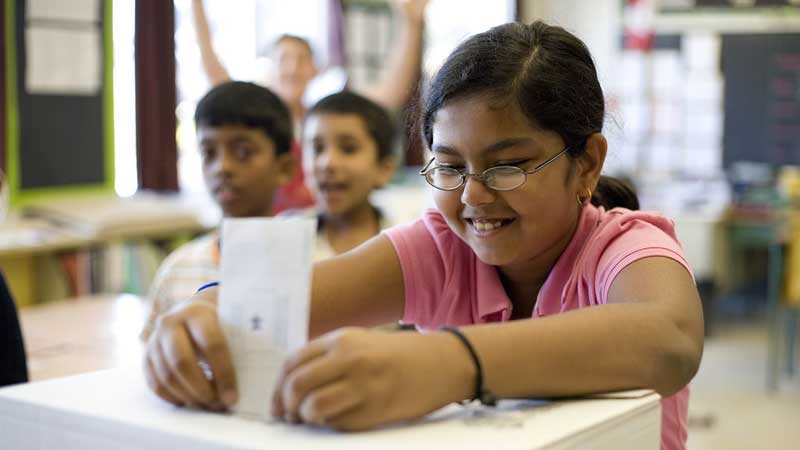 Student Vote Canada program underway in 7,500 schools across the country

Thousands of Canadian teachers are using the Student Vote Canada program to bring democracy, politics or real-life issues into the classroom.

This national parallel election provides students under the voting age with an opportunity to experience the voting process firsthand.

Young Canadians engage in discussion about the future of the country, research the party platforms, and evaluate the leaders and the local candidates. In the culminating activity, students cast ballots for the official candidates running in their school's electoral district.

More than 7,500 schools are registered to participate in the program, representing all 338 ridings across Canada.

"The response from teachers has been phenomenal and it reflects their strong commitment to this exercise. We sincerely thank the teachers who are making the time for the program, especially within the first two weeks of the school year," said Taylor Gunn, President of CIVIX.

Student Vote is the leading parallel election program in the world, based on scale, depth and measurable outcomes.

CIVIX has collaborated with Elections Canada to deliver the Student Vote program to schools during federal elections since 2004.

"We are proud to invest in Student Vote Canada so that schools across the country can offer this hands-on learning experience to their students. Research has shown that the program increases students' knowledge of politics and elections, promotes political discussion, enhances their sense of civic duty, and strengthens their future intentions to vote," said Stéphane Perrault, Chief Electoral Officer of Canada.

The Student Vote results are tabulated by electoral district and released publicly following the close of polls on September 20.