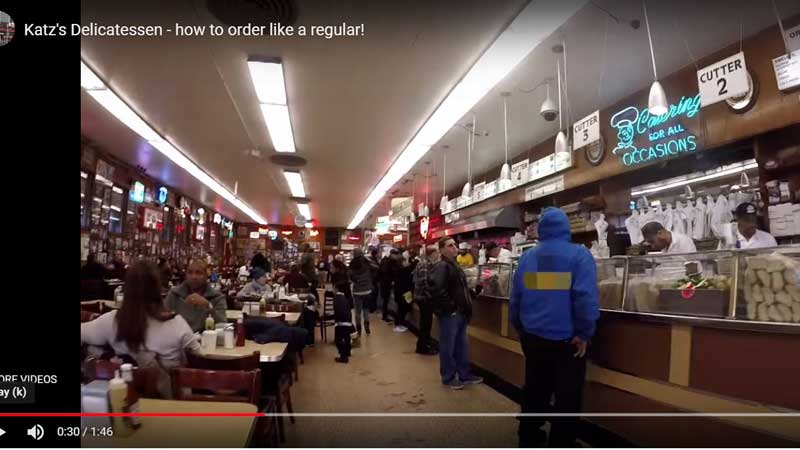 - New York Institution Katz's Delicatessen Officially Makes International Debut, Expanding Its Shipping Service To Canada.
- From Newfoundland to Vancouver, the entirety of Canada can now get the legendary Katz's Deli experience shipped straight to their doors.

"We have worked to expand our home shipping service internationally for many years now, and we are thrilled for Canada to be the first country we export to," said Katz's Deli owner Jake Dell. "It's a huge moment of growth for us, as we are still very much a family-run local business at heart. We're so excited to be able to share this special deli experience we've created over the last 130 years with our neighbors to the north."

For all deli fans in Canada, Katz's Deli acclaimed meats and other classics are now available to be shipped either individually or through one of Katz's many popular packages. The Complete Three Course Meal (featured in the coveted Oprah's Favorite Things 2017 gift guide in O, The Oprah Magazine) is the perfect Katz's starter pack, with homemade matzoh ball soup, hand-carved pastrami and corned beef, and rich chocolate babka for dessert. For those looking to get a true taste of the Big Apple, the Taste of New York will do the trick, packed with pastrami, corned beef, salami, frankfurters and all the classic sandwich fixings. Additionally, for those who wish to receive Katz's on a regular basis, their recently launched subscription service provides subscribers with a monthly pastrami fix throughout the year.

Katz's Deli favorites, specialty packages and merchandise can be ordered directly through katzsdelicatessen.com, for both Canadians and domestic audiences alike. Katz's Delicatessen is looking forward to expanding international shipping beyond Canada in the near future. Stay tuned for updates, and follow along on @katzsdeli, to see where their international shipping program may land next.

About Katz's Delicatessen:
Katz's Delicatessen is an iconic restaurant serving traditional Jewish deli fare in the Lower East Side since 1888. As one of the oldest Jewish delis in NYC, the family-run business has been a local favorite for over a century. Their pastrami and corned beef sandwiches are the gold standard for an 'authentic' NYC deli experience, thanks to Katz's emphasis on traditional slow-curing processes and hand-cut slicing techniques. Today, Katz's serves thousands of hungry customers daily and ships their deli classics nationwide (and now to Canada!). Katz's storefront is considered a LES landmark and is a popular destination among locals, tourists, and celebrities. In June 2017, Katz's opened its first outpost in Brooklyn at the new Dekalb Market.