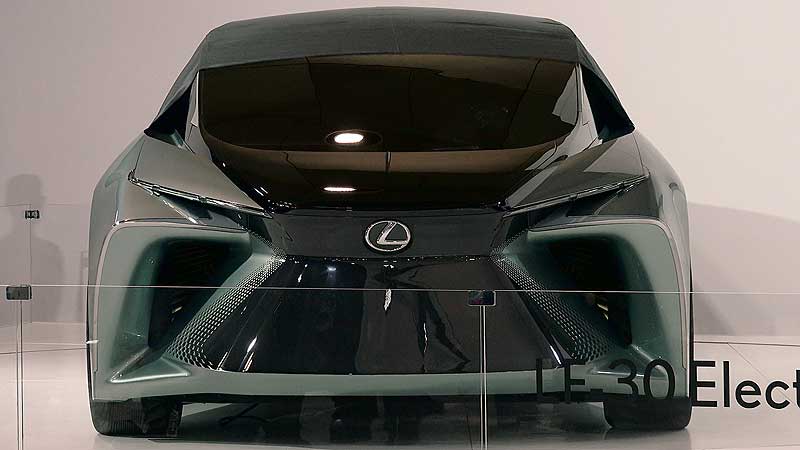 - Lexus celebrates 30th anniversary year in Canada and maps the future of the automobile with the Canadian debut of the Lexus LF-30 Electrified Concept and showcasing two concept vehicles – the Lexus LC Convertible Concept and Lexus GX Overland Concept. -

Visit the Lexus exhibit at the Canadian International Auto Show to explore the future of the automobile. Be amongst the first in Canada to see the Lexus LF-30 Electrified Concept, plus two other amazing concept vehicles – the Lexus LC Convertible Concept and Lexus GX Overland Concept. As Lexus celebrates its 30th anniversary in Canada, these three stunning models capture the company’s passion for adventure – backed by the design, engineering, performance and craftsmanship that truly sets Lexus apart.

“The LF-30 Electrified Concept is an expression of our vision of an electrified future – and represents a fundamental leap in vehicle performance, handling, control and driver enjoyment for tomorrow,” said Robert Tsang, Director of Lexus in Canada. “The other two Concepts on display are drastically different, yet connected in a common philosophy and spirit of appreciation for craftsmanship and ultimately, the thrill of the drive.

This styling revolution is backed by equally revolutionary performance, enabled by powerful in-wheel electric motors and Lexus Advanced Posture Control – which instantly adjusts the LF-30’s posture in response to driver input and road conditions. Other advanced technologies put the driver in complete control, while sustainable materials reduce the LF-30’s environmental footprint and a contactless charging system means there’s no cord to connect.

The Lexus LC Convertible Concept
The Lexus LC Convertible Concept is all about desire: The desire of seeing a vehicle so beautiful as it sits curbside that we can’t wait to drive it. This open-air roadster is an artful reflection of the head-turning Lexus LC series coupe. From bumper to bumper and road to roof, inside and out, every line of this concept was designed to evoke an emotional response.

This is more than a concept – it’s also a prototype: At the Los Angeles Auto Show in November, Lexus announced the production model LC 500 Convertible will go on sale in 2020.

The only model in its class with true body-on-frame construction, the GX is loaded with features that deliver unparalleled strength while still providing the driver and guests with the uncompromising Lexus luxury experience. The Overland Concept adds a quick deploying rooftop tent with bed, a large awning and a shower cube to facilitate exploring the unknown in comfort. A full armour package helps keep this eye-catching GX moving in pristine condition.

Other highlights
In addition to these three featured vehicles, the Lexus exhibit will showcase the company’s full range of luxury sedans, coupes and SUVs in both gas and hybrid electric powertrains, along with a range of connected vehicle and safety technology for even the most discerning driver.