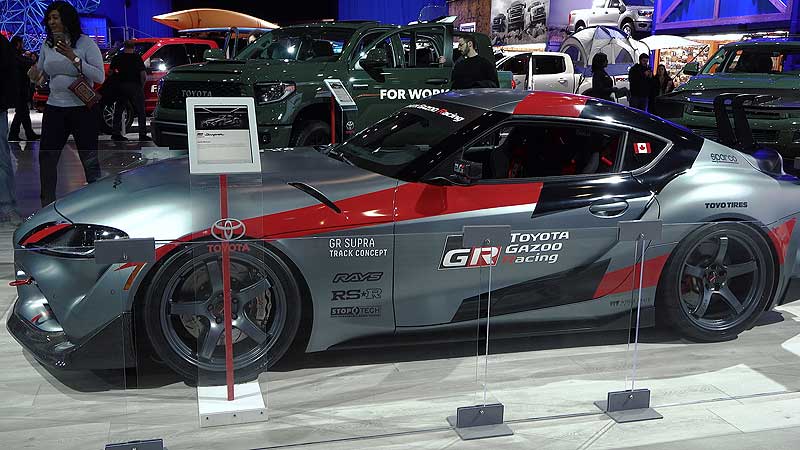 The 2020 Canadian International AutoShow is underway, and it offers a stunning glimpse at the road ahead.

The concept cars on display on both main show floors are both striking in their design and innovative in the technology they encapture. Sometimes they are wildly futuristic with a funky design and features we can only imagine actually seeing on the road.

Other times, they are a true vision of the next generation of cars and trucks. Either way, concept cars are always a popular draw at the AutoShow.

Among the concepts on display at this year’s event:

• BMW Vision M Next — The latest concept car from the BMW Group is a sporty look at what is coming. This is BMW’s interpretation of how the BMW M may look, in the form of an eye-catching, electrified sports car. Designed to engage the driver, the Vision M NEXT demonstrates how state-of-the-art technology can create a pure and emotionally-dynamic driving experience.

• Hyundai Vision T— This innovative plug-in hybrid is the cutting edge of SUV design. It expresses Hyundai’s evolving Sensuous Sportiness design language, using crisp geometric angles and strong wedge lines. The Vision T is as striking as a concept vehicle should be, while also providing a very clear indication of the brand’s next compact SUV, a vehicle that is much closer than you might think.

• Hyundai 45 — The 45 Concept foreshadows a new era of Hyundai’s automotive design focused on electrification, autonomous technologies and intelligent design. It features Hyundai’s next-generation, 800-volt battery-electric platform, which is to be applied to upcoming production vehicles.

• INFINITI QS Inspiration — A sports sedan for the electrified era, this concept is a preview of a future INFINITI electric vehicle. it offers a new perspective on sports sedans with an elevated driving position and high-performance electrified all-wheel drive power.

• Lexus LC Convertible — A concept that is making the jump to reality, meaning you will soon see it on the road — quite possibly before the end of this year. The LC Convertible is strikingly designed with unmatched refinement and breathtaking performance.

• Lexus GX Overland — With a retractable awning, a tent that gets pitched on top – even a shower stall that comes out — the GX Overland is a perfect mix of luxury and the rugged outdoors thanks to its off roading capabilities.

• VW MEB Chassis — Volkswagen is investing billions of dollars in its next generation of electric cars, the first of which will come to Canada sometime in 2021. The MEB chassis is a preview of what we can expect. This is a rare opportunity to see the parts of a car normally hidden underneath a sculpted body. Now that we’ve seen what’s underneath, hopes are we will see the whole car next year.

Besides these new concepts, there is special historic concept occupying the place of honour in the Cobble Beach Classics exhibit. Imagine what car enthusiasts were thinking in 1959 when Chevrolet drew back the covers on the Corvette Stingray Concept, then take a trip down to the Chevrolet display to see how the Stingray has evolved with the 2020 convertible that made its Canadian debut here in Toronto.