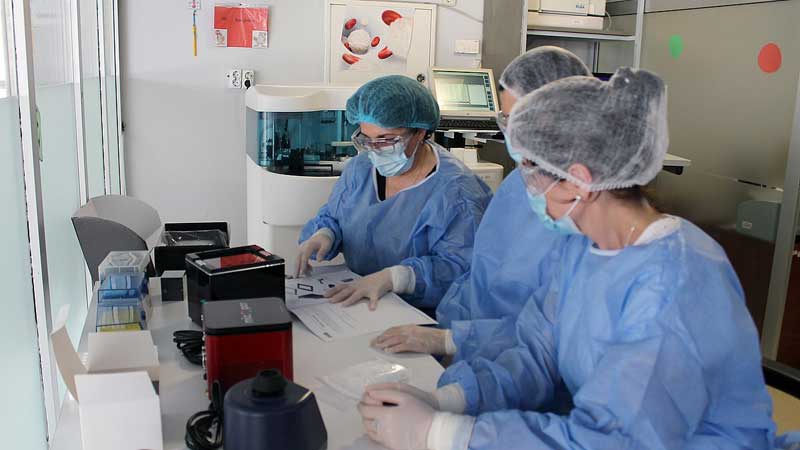 Ontario's doctors are calling for Thursday's provincial budget to address the backlog of surgeries and other medical procedures that are contributing to the growing "pandemic deficit."

Doctors are on the front lines every day, experiencing the effect of the pandemic on Ontarians, both in the care patients need urgently and the delayed care that will have a future cost.

The Ontario Medical Association estimates patients received 12.3 million fewer health-care services between March and September 2020 compared with last year, a decrease of 18 per cent. That includes not just surgeries, but checkups and screenings that catch cancers and other significant illnesses in their early, more treatable, stages as well as immunizations that protect children now and later in life.

"Ontario's doctors are there every day doing everything humanly possible to reduce the pandemic deficit, working with the government to return both our patients and the front line to full health," said OMA President Dr. Samantha Hill.

"This pandemic deficit isn't going away even after a vaccine is available. Speed is of the essence. Every day of delayed care means more patient suffering and more potential harm. We trust Premier Ford and his government will step up to ensure every Ontarian gets the care they need."

The pandemic deficit for some of the most common surgical procedures, such as cataract surgeries, hip and knee replacements and coronary artery bypass grafts, grew from March through August, frustrating both doctors and patients who felt they were already waiting too long.

OMA figures show that it was not until September when Ontario's doctors, many of whom were already working more than 50 hours a week, were finally able to start performing more surgical procedures per month than they did before the pandemic.

While things are improving, they are not improving fast enough. A study published in the Canadian Medical Association Journal this week reported there was a backlog of 148,364 surgeries in Ontario created between March and June that would take 84 weeks to eliminate. A report prepared for the Canadian Medical Association estimated that bringing wait times back to pre-pandemic levels over the next year would require a 20-per-cent increase in funding.

In a pre-budget submission to government, the OMA made several recommendations to address the backlog in health services, including significantly increased funding to expand operating room hours and the number of hospital beds, as well as using independent health facilities where surgeries and other procedures could be performed safely. This would also alleviate pressures on hospitals that are at capacity, allowing doctors to perform more procedures there.

"The overall health of all Ontarians will also impact how quickly our economy can recover," said OMA CEO Allan O'Dette. "Longer wait times for all specialties means too many patients will not receive the care they need and miss more work, putting an added burden on them and their families. We look forward to the government's support, and working with government, in doing the right thing for Ontario's patients."