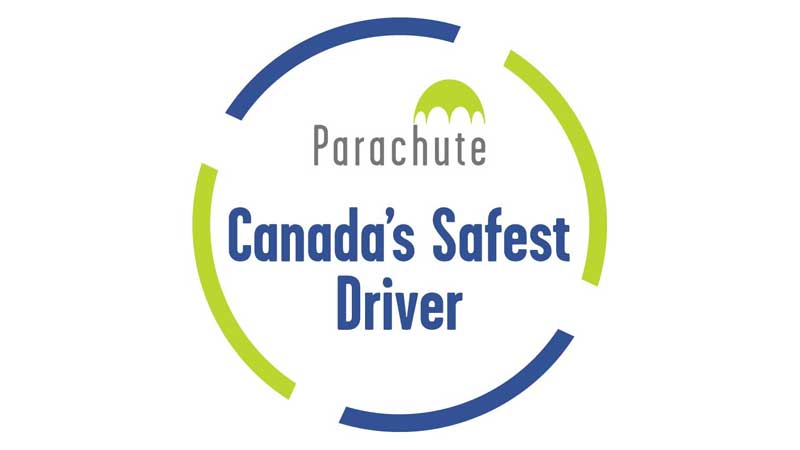 Safer driving behaviours are hard to sustain, but it can be done

- That's a key finding from the first Canada's Safest Driver contest, run by Parachute and supported by Desjardins as part of their commitment to Vision Zero road safety initiatives. -

Drivers who took part in Canada's Safest Driver contest quickly learned how to improve their driving behaviours, and while some drivers found their improvements hard to sustain, the riskiest drivers decreased their dangerous driving by 30 per cent overall.

CMT's analysis of participant scores reveals that, for the first half of the contest, drivers overall improved their driving behaviours from a baseline calculated from their initial three days of tracking, but the majority returned to their old habits by contest end, notably in the measures of aggressive driving (speeding and acceleration) as well as phone distraction.

Key findings during the contest period:

- Safe driving takes vigilance: During the first few days, risk factors were reduced by 13 per cent, but by day 28 this dropped to three per cent. By day 56, participants returned to pre-contest risk levels.
- It can be done: Encouragingly, the bottom 25 per cent of users showed sustained improvement, with a 30-per-cent decrease in risky behaviours by day 56.
- Riskiest behaviours: Speeding and harsh acceleration were the biggest risks during the contest with an 11-per-cent and six-per-cent increase respectively. Phone distractions saw a 30-per-cent decrease during the beginning of the contest but ended with a five-per-cent increase by day 56.

A positive exception was for the highest-risk drivers who scored in the bottom 25 per cent who showed significant driving behaviour improvements for the duration of the contest with an overall 30 per cent decrease in risky driving behaviour.

"From the contest results, we see that when drivers pay attention, they are able to be better, safer drivers," says Pamela Fuselli, President and CEO of Parachute. "They slow down, focus their attention on the road and on their driving skills. We want to motivate people to continue these improved behaviours, even when they aren't competing for prize money."

Julian Piccioli of Ottawa, ON won the grand prize of $10,000 for achieving the highest overall score. Piccioli also won a $500 prize for the driver who scores highest on the "smooth braking" criteria, as measured from November 12 to November 26 and the $500 Early Bird Prize for highest overall score in the contest's first two weeks.

"In order to score high in all the categories measured, the main theme for me was being a proactive driver rather than reactive one," says Piccioli. "By not being distracted, by not speeding, by focusing on handling the vehicle, it allowed me to focus my attention on the driving task itself more than I had, before. I recognized where I was taking risks, before, that I didn't need to."

Partners of Parachute since 2008, Desjardins Insurance is a strong supporter of the Vision Zero mandate in order to help Canadians stay safe on our roads.

"It is great to see drivers rewarded for driving safely and for doing their part to keep themselves and others safe on our roads," says Valérie Lavoie, President and Chief Operating Officer, Desjardins General Insurance Group. "But we must be vigilant when it comes to road safety. In order to adopt and sustain safe driving habits, we must continue to educate, raise awareness and encourage drivers to put down their phones, slow down and stay focused on our roads."