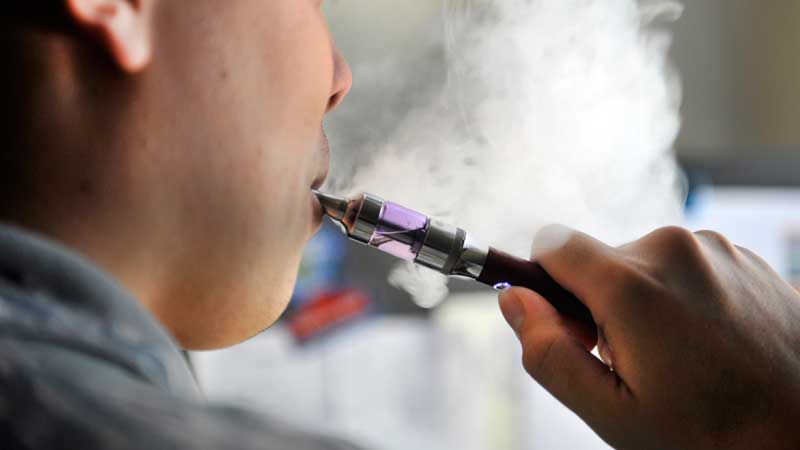 Heart & Stroke applauds Health Minister Patty Hajdu for finalizing regulations that will limit nicotine concentration in vaping products in response to high youth vaping rates and the associated dangers to their health.

The Nicotine Concentration in Vaping Products Regulations outlines a new maximum threshold for nicotine levels in vape products of 20 mg/mL, down from the previous maximum of 66 mg/mL. This brings Canadian limits in line with those of the European Union, the United Kingdom, Israel, Iceland and other countries. There is a 15-day transition period for manufacturers giving them until July 8, 2021 to comply. Retailers may not sell products that exceed the new limit after July 23, 2021.

"Limiting nicotine concentration in vaping products is an important way to reduce the addictive nature of these dangerous products," says Dr. Andrew Pipe, board member, Heart & Stroke. "We are pleased that Canada is coming into line with other international tobacco control leaders and acting quickly to get this done, displaying a commitment to protecting youth from the harms of vaping."

Nicotine is damaging to developing brains and many young people have been using vape products with the highest concentrations of nicotine. A recent Heart & Stroke funded study revealed that nearly two-thirds of young people in Canada use e-liquids with nicotine concentrations of 50–60mg/mL, the highest levels currently available on the market. Several provinces have already announced or implemented nicotine content limits.

Youth vaping has skyrocketed in the last few years. One-fifth of grades 7 – 12 students in Canada vape and 34% report having ever tried vaping.

Health Canada has also introduced draft restrictions on vape flavours and consultations will take place until September 2, 2021. Although a good step forward, these proposed restrictions do not go far enough.

"Implementing a comprehensive flavour ban is another critical element to ensure youth are safe guarded. Flavours entice young people to start vaping and to continue vaping," says Dr. Pipe. "The flavour ban should include both mint and menthol which are popular choices with youth."

Heart & Stroke recommends additional important policy measures around vaping including increasing taxation on vaping products, a measure that was announced in the recent federal budget, to make them less affordable, as well as increasing the minimum age of purchase to 21 years.