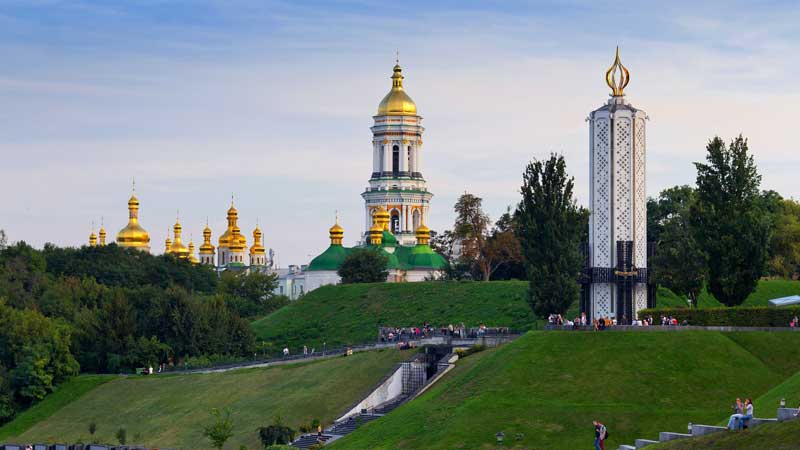 - Statement from Massimo Bergamini, chief executive officer of the Canadian Museums Association (CMA) on the Russian invasion of Ukraine.-

"Even as the world struggled to right itself from a pandemic that has already claimed six million lives, Russian president Vladimir Putin decided to use his country's vastly superior military to rain fire on the people of Ukraine.

Images of the suffering that this war of aggression is visiting not only on Ukrainians, but also on young Russian conscripts and the families many of them will never see again, are being broadcast in real time across the world.

And while it may be too soon to determine if Russia's reckless action, and that of the government of Belarus in supporting it, will result in a redrawing of maps, those graphic images have forever changed our perceptions of the world we live in.

Now, the targeting by Russian forces of civilians and civilian infrastructure marks a violent and frightening escalation in the conflict.

In addition to missile strikes against hospitals and residential buildings, amidst the growing violence, we are seeing Russian forces targeting Ukrainian museums and other cultural and historical institutions.

Museums, art galleries, libraries and archives are the guardians of the collective stories of a people or a nation. To destroy a nation's cultural institutions and collections is to strike at its heart.

Efforts to destroy Ukraine's cultural institutions must be viewed as part of larger attempt to erase the foundations of its national identity and existence.

The author and cultural critic Neil Postman famously said that the purpose of museums was to provide answers to the question: 'What does it mean to be a human being?'

Efforts by Mr. Putin and his generals to burn these houses of culture and history to the ground is further evidence of how far removed from the accepted norms of humanity the occupants of the Kremlin have become and, therefore, how dangerous.

As representatives of Canada's museums sector, today we add our voices to the global chorus calling for an immediate end to the Russian and Belarussian aggression in Ukraine.

In the next days we will convene a meeting of Canadian museological institutions to identify concrete actions that can be taken to support Ukraine's museum and cultural community and advance the cause of peace.

To the people of Ukraine, know that you are not alone: We stand with you in solidarity."