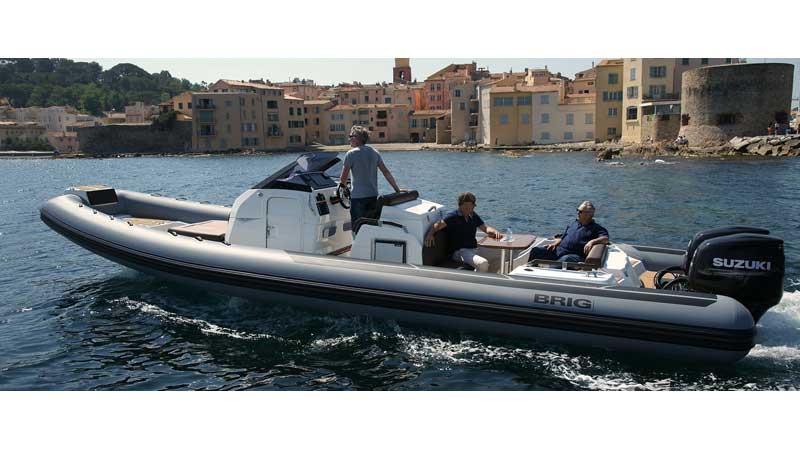 BCI MARINE confirms: the impact of the war in Ukraine is already being felt on the boating industry. Photo Credit: BCI MARINE

The past last years, the boating industry has encountered its share of challenges, such as the floods of 2019; the 2020 protests by Indigenous communities – who blocked rail lines to protest their disagreement with the Coastal GasLink pipeline project – blockades that dramatically slowed the delivery of goods; in the spring of the same year, the Covid-19 pandemic was creating unprecedented disruptions in the supply chain, in addition to causing the inflation rate to explode, at a time when demand for boats was very high since consumers had to favor vacations at home; and finally, for several weeks now, the terrible war that Russia has been waging against Ukraine and which has also had major consequences for the yachting industry.

"Some boat manufacturers, mainly for tires, do business with Ukrainian factories," explains Patrick, president, and founder of BCI Marine, a Quebec distributor of nautical products. "There is even a company based in Kharkiv, Brig, whose factory was bombed in the last few days. Consequently, we expect a scarcity in the market this summer. Future buyers will therefore have to be patient and understanding." They will also have to expect a significant price increase, adds Patrick Hardy: "In addition to the high cost of parts, the current situation has caused transport costs to explode. A Poland-Vancouver delivery, which cost me $12,000 just a short time ago, now costs $28,000. And I won't talk about the longer than expected delays... It's a context that is not easy for anyone."

In the short and medium-term, the uncertainty as to the duration of this conflict is forcing some manufacturers to relocate their production to another country. For example, the company Aquaspirit (AQS), which enjoys a good presence in the Canadian market, has let it be known that it wishes to find a new plant on the territory of the European Union in order to benefit from a greater great political and social stability. "And that's without taking into account the fact that this war is forcing a brain drain from Ukraine, a people who have great expertise and know-how in boat building."

In conclusion, Patrick Hardy hopes that Transport Canada and the Government of Canada, which manages the nautical sector in the country, reach out to companies that will suffer repercussions because of this war.