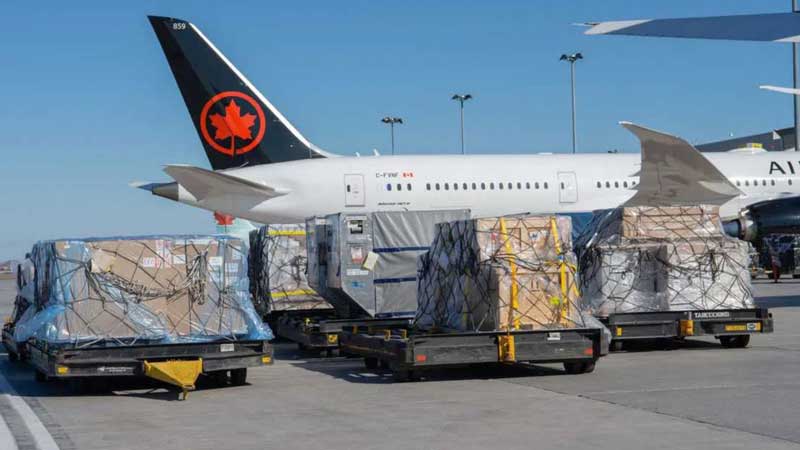 - 'The danger is that humanitarian action may be perceived as a tool or as a weapon in supporting one side or the other'. -

The International Committee of the Red Cross is asking Canada not to mix promises of humanitarian aid in with announcements about military support and sanctions when it comes to Russia’s invasion of Ukraine.

Lumping promises of humanitarian assistance with military support for Ukraine and sanctions against Russia threatens the neutrality that aid groups require to safely operate there and elsewhere, said ICRC director of operations Dominik Stillhart.

“When you communicate publicly, don’t lump humanitarian action together with the rest of the support for political reasons that you offer to Ukraine,” Stillhart said in an interview on Sunday.

“The danger is that humanitarian action may be perceived as a tool or as a weapon in supporting one side or the other.”

While Stillhart did not identify any specific examples, Prime Minister Justin Trudeau on Thursday announced $50 million in additional humanitarian aid for Ukraine alongside new sanctions against 160 Russian officials.

Trudeau was scheduled to meet Sunday with members of Canada’s Ukrainian community in Montreal.

Canada has so far committed about $180 million in humanitarian and development assistance to Ukraine since January, with about $30 million directed toward the ICRC and Stillhart predicting more to come in the near future.

Stillhart said his organization is grateful for Canada’s contribution. At the same time, he said understands the government wants to show support for Ukrainians in their time of need, and that he is not criticizing it for having picked a side in the conflict.

“But what is important is that humanitarian action is not lumped into the war effort,” he said. “There is always a bit of a tendency to say: ‘Our country is helping militarily in Ukraine, delivering weapons and humanitarian aid.”‘

ICRC president Peter Maurer was in Moscow last week to meet with Russian Foreign Minister Sergey Lavrov for discussions around the protection of civilians in Ukraine. The visit followed a similar stop in Kyiv for meetings with Ukrainian officials.

While the ICRC has since seen questions about Maurer’s visit to Moscow, including from members of Canada’s large Ukrainian diaspora, Stillhart said the ability to talk to both sides is critical to protecting lives.

“And yet it is important, decidedly also for the Ukrainian diaspora here, to understand that by remaining neutral in a conflict, it allows you to operate precisely in the most difficult places.”

Stillhart nonetheless acknowledged that Russia in particular has refused to co-operate when it comes to ensuring the delivery of humanitarian aid and evacuation of civilians from Mariupol and other cities besieged by Russian forces in Ukraine.

Russia has been accused of deliberately targeting civilians, particularly as what was supposed to have been a quick invasion has turned into a slog marked by heavy losses as a result of poor planning and a spirited defence by Ukrainian forces.

Stillhart painted a harrowing picture of ICRC teams trying without success to evacuate civilians on several occasions, only to be turned around and sent running back for cover as a result of shelling and other attacks.

“We had shells landing less than 50 metres from the road where we started to accompany a convoy out of Mariupol and it just had to turn around because it was not safe,” he said.

The ICRC has since pulled its staff from Mariupol, the besieged city in Ukraine’s southeast where an estimated 100,000 Ukrainians remain trapped even as Russian artillery and rocket attacks continue pounding it into rubble.

“This team also ran out of food, water … spent quite some time in shelters with families sheltering with them,” he said. “And they finally just couldn’t stand it anymore and had to find their way out. The testimonies are really frightening.”