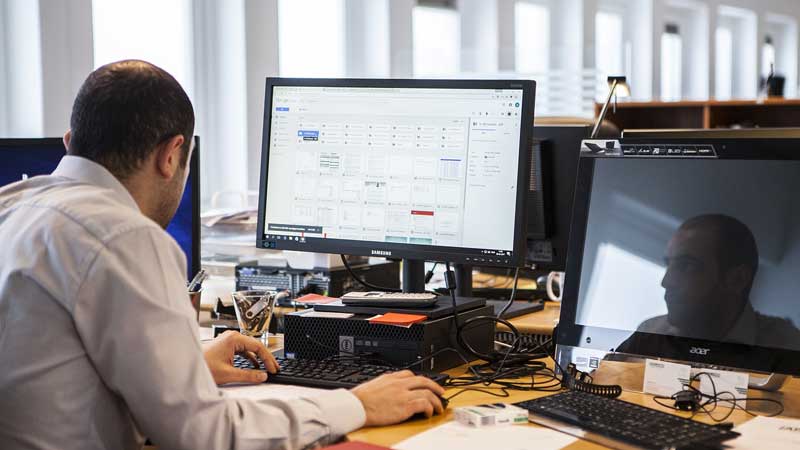 Sensitive to humanitarian causes, because of the 35-year involvement of its Executive Director, former President and Honorary Life Member of the United Nations Association in Canada (UNA-Canada), the Centre Eureka has just decided to take charge of an employment integration program in Montreal for the first cohort of Ukrainian refugees over the age of 40 that Canada could welcome in the wake of the war in Ukraine.

"We cannot remain insensitive to the tragic fate of these people who will have to rebuild their lives, against all odds, in a country other than their own," said Paul Gagner, Executive Director of the Centre Eureka, who has been active since 1987 as a board member of the United Nations Association in Canada (UNA-Canada), which is part of the larger family of the World Federation of United Nations Associations (WFUNA) and which aims to raise public awareness of the work of the United Nations and critical international issues. Mr. Gagner has served as President of UNA-Canada - Greater Montreal, as a member of the Executive Committee of UNA-Canada's Headquarters in Ottawa, and in many other capacities. He is also responsible for the Paul Gagner-UNA-Canada-Greater Montreal Award of Excellence.

For Mr. Gagner, Montreal must set an example, especially since Montreal is the headquarters of the Secretariat of the United Nations Convention on Biological Diversity and the UNESCO Institute for Statistics, and UNA-Canada-Grand Montreal is firmly committed to defending the UN's achievements. Mr. Gagner recalled that over the past 46 years, the Centre Eureka has contributed to the reintegration into employment of more than 22,000 people and that 40% of the candidates received came from countries other than Canada. Thanks to Centre Eureka, they have been able to return to an active life and regain their dignity, self-esteem, respect and social status.

According to the director of the Centre Eureka, this is a major humanitarian contribution that will allow the rapid integration of these new citizens into the life, culture and customs of the Canadian and Quebec communities.

"There is every reason to believe that by adapting our programs and practices somewhat, we would be able to contribute to restoring a normal life to these refugees whose skills and experience would surely be very useful to all sectors of industry and the economy," continued Mr. Gagner, adding that they could bring a providential expertise to many professional and other sectors plagued by a shortage of manpower that hinders domestic economic growth.

For the Centre Eureka, the past is a guarantee for the future since "22.5% of our cohorts were able to integrate into management positions in the private or public sector, and / or institutional," said Ms. Hédia Annabi, Team Leader, mentor and principal trainer of the Center, with a ratio of male / female parity established at Eureka, to 51% and 49%, at all times.

The Centre's management concluded by stating that the integration of refugees can be a win-win solution on both humanitarian and economic levels.