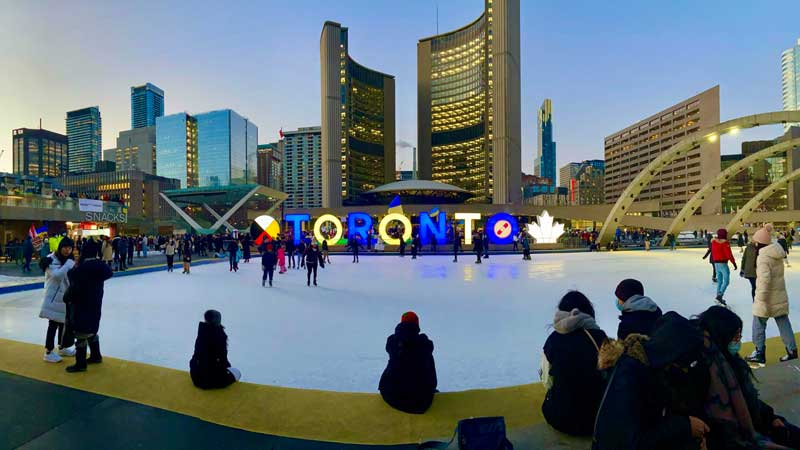 Yesterday, on April 7th, Kyiv's Mayor Vitaliy Klitschko and Deputy Mayor Mykola Povoroznyk addressed Toronto City Council and called for an end to the invasion of Ukraine by Russia.

In their virtual address, Mayor Klitschko and Deputy Mayor Povoroznyk called Russia's invasion a tragedy for Ukraine and the whole world, and that Ukraine is fighting for democracy everywhere. They stated that Ukraine is a peaceful nation and that this war has destroyed many of its cities and devastated innocent civilian lives, calling it a genocide.

Deputy Mayor Povoroznyk shared that they will stand up for Ukraine and win because they have no other choice, while Mayor Klitschko said he is optimistic, but does not know where Russia's plans end.

Mayor Klitschko called this war black and white, stating that one cannot support Ukraine and continue to be economically linked to Russia. Mayor Klitschko and Deputy Mayor Povoroznyk appreciated Toronto's support, while calling on the world to be proactive, develop a strong response for the senseless death of innocent civilian lives, and continue to support Ukraine by offering political, humanitarian, economic and defensive support.

Toronto and Kyiv, the capital of Ukraine, enjoy a longstanding friendship. As part of the City of Toronto's International Alliance Program, a friendship city agreement between Kyiv and Toronto was established in 1991. Toronto and Kyiv celebrated the 30th anniversary of this friendship in 2021.

Toronto has a large Ukrainian community. According to the 2016 National Household Survey, there are more than 72,000 Torontonians who identify as being of Ukrainian origin.

“Toronto City Council stands in solidarity with Kyiv Mayor Klitschko and Deputy Mayor Povoroznyk in calling for a free Ukraine. Thank you to Mayor Klitschko and Deputy Mayor Povoroznyk for taking time to address our City Council today while you and your residents are in the fight of your lives. Your courage and your determination to fight for your city and your residents is an inspiration to us here in Toronto and to people around the world. The violence and destruction in Ukraine must stop. I will continue to work with my counterparts in both the provincial and federal governments to ensure Toronto can best assist Ukraine and its people, and achieve a free Ukraine once again. And we will continue to support our Ukrainian Canadian community throughout this time."
– Mayor John Tory

To demonstrate Toronto's solidarity with Ukraine, the City has undertaken several initiatives:

• The City has been flying the Ukrainian flag at City Hall, in solidarity with the Ukrainian-Canadian community and Ukrainians, since February 24
• The Toronto Sign was lit yellow and blue, in solidarity with Ukraine, from February 24 to 27
• As part of the City's Refugee Resettlement Program (www.toronto.ca/refugee), an Inter-Agency Task Force was activated, and other steps were taken to support people arriving in Toronto who are affected by the situation in Ukraine
• The City's Newcomer Office is working with the federal and provincial governments, community agencies, institutions and other partners to support Canada's efforts to welcome people fleeing the situation in Ukraine
• The City renamed the area in front of the Consulate General of the Russian Federation in Toronto, located on St. Clair Avenue East, between Yonge Street and Avoca Avenue, as “Free Ukraine Square”
• The City installed “Free Ukraine” street signs around the Russian consulate

"Toronto is home to a strong, proud Ukrainian community that is aching to see freedom return to their country. The City of Toronto stands firmly and united with Ukraine, the people of Ukraine and Ukrainian-Canadians as we work together to bring an end to this invasion."
– Deputy Mayor Michael Thompson (Scarborough Centre)