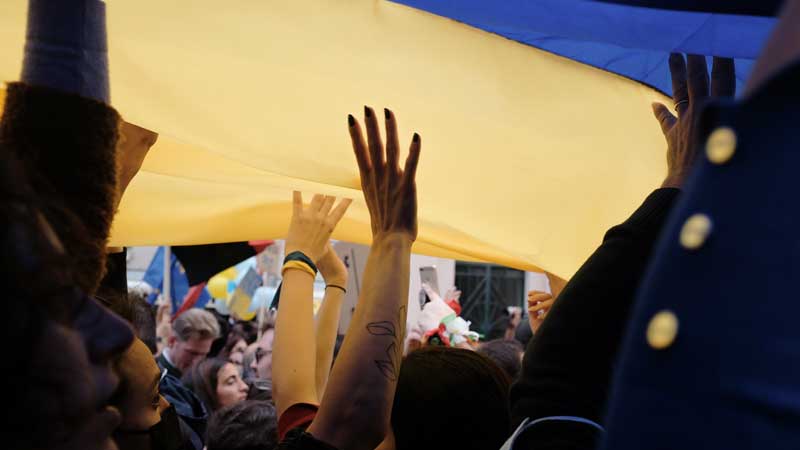 Photo by Alice Kotlyarenko on Unsplash

The Honourable Mélanie Joly, Minister of Foreign Affairs, today announced that Canada is imposing new sanctions under the Special Economic Measures (Russia) Regulations in response to the Russian regime’s illegal and unjustifiable invasion of Ukraine.

These new measures impose restrictions on 33 entities in the Russian defence sector. These entities have provided indirect or direct support to the Russian military and are therefore complicit in the pain and suffering stemming from Vladimir Putin’s senseless war in Ukraine.

As the world reacts to the horrific events in Bucha and across Ukraine, these measures serve as a reminder that Canada will be a leader in holding Vladimir Putin and his enablers accountable for their egregious, illegal and unjustifiable actions. Canada will use every tool at its disposal to ensure that violations of international law in Ukraine are fully investigated.

Canada continues to monitor the situation, coordinate actions with its international partners and explore options for new measures to respond to the Russian regime’s unjustifiable acts.

“Canada has always and will always stand by Ukraine. Today’s measures are the latest example of our unwavering support for Ukraine and its people. We will continue to support the brave men and women fighting for their freedom, and we demand that those responsible for atrocities be held accountable.”
- Mélanie Joly, Minister of Foreign Affairs