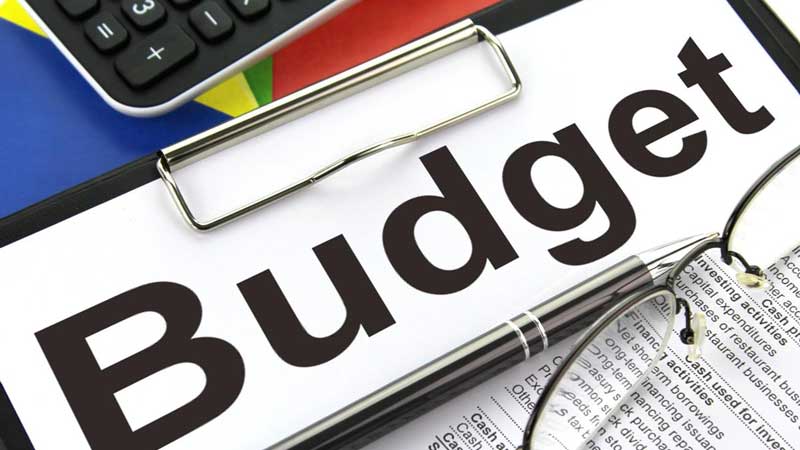 Budget 2022 Canada’s Leadership in the World

Russia’s further invasion of Ukraine has reminded us that the international community is strongest when it acts together in defence of the values we share. In partnership with like-minded democracies around the world, Canada will continue to stand up to the global threats that recognize no borders.

To immediately reinforce Canada’s national defence, announcements in Budget 2022 will provide a total of more than $8 billion in new funding over five years—on top of planned increases associated with Canada’s 2017 defence policy, Strong, Secure, Engaged. This funding will strengthen Canada’s contributions to our core alliances; bolster the capabilities of the Canadian Armed Forces; continue to support culture change and a safe and healthy working environment in the Canadian Armed Forces; and reinforce Canada’s cyber security.

Strong, Secure, Engaged set out clear direction on Canadian defence priorities over a 20-year horizon. Informed by the international landscape of the day, it included significant investments to enhance the Canadian Armed Forces’ capabilities and capacity to respond to military operations ranging from humanitarian and relief efforts, to peacekeeping, to combat. However, recent events require the government to reassess Canada’s role, priorities, and needs in the face of a changing world.

Budget 2022 announces a defence policy review to allow Canada to update its existing defence policy, Strong, Secure, Engaged, in support of its broader international priorities and the changed global environment. The review will focus on, amongst other things, the size and capabilities of the Canadian Armed Forces; its roles and responsibilities; and making sure it has the resources required to both keep Canadians safe and contribute to operations around the world.

In addition to a defence policy review, Budget 2022 proposes immediate additional investments in our defence priorities, including our continental defences, alliances and collective security, and in the capabilities of the Canadian Armed Forces.

Canada is resolute in our defence of the North American continent, especially in the far North. Crucial to this effort is Canada’s partnership with the United States under NORAD. In August 2021, a joint statement between Canada and the United States established the priorities for modernizing NORAD.

The government is currently considering options to fulfill this commitment through significant investments in the following areas:

Doing Our Part in NATO

Through our multi-year renewal of Operation REASSURANCE, Canada is underscoring our commitment to this operation. We are increasing our contribution by up to 460 Canadian Armed Forces personnel, for a total of up to approximately 1,260. A further 3,400 Canadian Armed Forces personnel are available to the NATO Response Force, should they be required.

Budget 2021 previously announced $847.1 million over five years to increase Canada’s contributions to NATO. But we recognize that more needs to be done. Standing shoulder-to-shoulder with our allies means sharing the burden of defending democracy against authoritarianism.

Increasing the Capabilities of the Canadian Armed Forces

The review of Canada’s defence policy will include an assessment of the equipment and technology that the Canadian Armed Forces need to fulfill their missions in a world that has fundamentally changed in the face of Russia’s invasion of Ukraine.

To support the above priorities, Budget 2022 proposes:

- $6.1 billion over five years, starting in 2022-23, with $1.3 billion in remaining amortization, and $1.4 billion ongoing in order to meet our defence priorities, including our continental defences, commitments to our allies, and for investments in equipment and technology to immediately increase the capabilities of the Canadian Armed Forces.

Those who serve Canada with our flag on their shoulder contend with enough risks to their safety. Their workplace should not be one of them. Together, the government and Canadian Armed Forces are working to create a culture that ensures every member serves in an environment where they feel safe, protected, and respected. Budget 2022 proposes:

- $100.5 million over six years to: strengthen leadership in the Canadian Armed Forces; modernize the military justice system; bring into force the Declaration of Victims Rights as set out in the National Defence Act; undertake engagement and consultation on culture change; and enhance restorative services, including dispute resolution and coaching services.
- $144.3 millionover five years to expand the Canadian Armed Forces’ health services and physical fitness programs to be more responsive to women and gender-diverse military personnel.

The Communications Security Establishment (CSE) works to protect Canada from cyber threats, including those that come from foreign actors. But as Canadians grow more dependent on digital systems, the potential consequences of cyber incidents continue to increase, and Canada needs to be ready. Budget 2022 proposes:

- $875.2 million over five years for additional measures to address the rapidly evolving cyber threat landscape.
- $17.7 million over five years, starting in 2022-23, and $5.5 million thereafter until 2031-32 for CSE to establish a unique research chair program to fund academics to conduct research on cutting-edge technologies relevant to CSE’s activities.

Including new measures proposed in Budget 2022, Canada has announced more than $1.2 billion in direct contributions in support of Ukraine and its people in 2022, in addition to an offer of up to $1.6 billion in loan support for the Ukrainian government.

To date in 2022, the federal government has announced more than $90 million in military aid —both lethal and non-lethal—to support Ukraine in its efforts to defend its sovereignty. Canada has also committed $145 million in humanitarian assistance and $35 million in development assistance to provide direct support to Ukrainians who have been affected by the illegal Russian invasion. This includes $30 million that matched the donations of individual Canadians. Canada has also provided new funding of $111 million over five years, with $6 million future years, to implement new immigration measures to support Ukrainians fleeing Ukraine’s invasion.

Through additional contributions made through Budget 2022, Canada will continue to play a leading role in international support for Ukraine. New contributions include:

- Announcing that Canada will offer up to $1 billion in new loan resources to the Ukrainian government through a new Administered Account for Ukraine at the International Monetary Fund (IMF) so that its government can continue to operate. Canada worked with the government of Ukraine, the IMF, and other member countries to develop this facility and encourage allies and partners to participate.
- An additional $500 million million in 2022-23 to provide further military aid to Ukraine.
- Announcing the government’s intent to clarify the ability of the Minister of Foreign Affairs to seize and cause the forfeiture and disposal of assets held by sanctioned individuals and entities, which will support Canada’s participation in the REPO Taskforce that is targeting Russia’s elite and their assets around the world.

As we have seen over the past two years, COVID-19 knows no borders. Since February 2020, Canada has committed more than $2.7 billion in international assistance to fight the pandemic, including a contribution of more than $1.3 billion to the Access to COVID-19 Tools Accelerator (ACT-A)—a global effort to improve equitable access to COVID-19 vaccines, tests, and treatments. This made Canada one of only six countries to meet or exceed the independently assessed voluntary contribution target for the ACT-A’s 2020-21 funding cycle.

- Budget 2022 proposes to provide $732 million in 2022-23 to Global Affairs Canada to further support the efforts of the Access to COVID-19 Tools Accelerator and to ensure that Canada continues to provide its fair share to global efforts to improve access to vaccines, therapeutics, and other tools to fight COVID-19. This will bring Canada’s total contribution to the Access to COVID-19 Tools Accelerator to more than $2 billion since the start of the pandemic.

Canada is a long-standing contributor to global health security, which is a shared challenge that requires strong and consistent collaboration between countries around the world.

- Budget 2022 proposes to provide an additional $296 million over four years, starting in 2023-24, and $74 million ongoing, to help support efforts to address global health security priorities, such as infectious disease prevention and response.

In 2019, the government committed to increase annual global health spending from $1.1 billion to $1.4 billion by 2023-24. With this additional support, Canada will exceed this commitment, spending nearly $1.5 billion towards global health in 2023-24.

Addressing the Digitalization of Money

In the last several months, there have been a number of high-profile examples, both around the world and here in Canada, where digital assets and cryptocurrencies have been used to avoid global sanctions and fund illegal activities. Budget 2022 includes measures that will help maintain the integrity of the financial system, promote fair competition, and protect both the finances of Canadians and our national security.

- Budget 2022 announces the government’s intention to launch a financial sector legislative review focused on the digitalization of money and maintaining financial sector stability and security. The first phase of the review will be directed at digital currencies, including cryptocurrencies and stablecoins.
- Budget 2022 also proposes $17.7 million over five years, starting in 2022-23, to the Department of Finance to lead the review.

The review will examine, among other factors: how to adapt the financial sector regulatory framework and toolbox to manage new digitalization risks; how to maintain the security and stability of the financial system in light of these evolving business models and technological capabilities; and, the potential need for a central bank digital currency in Canada.