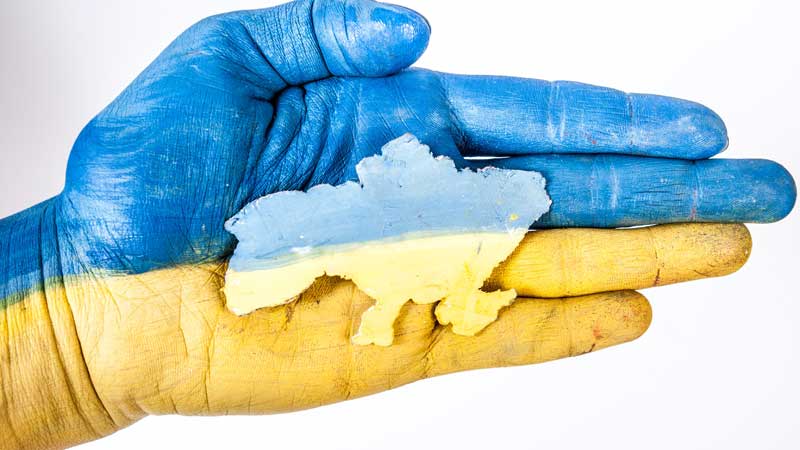 Photo by Elena Mozhvilo on Unsplash

- Inaugural Technology Partners of "Tech for Refugees" Initiative Include Airbnb.org, Flexport.org and Spotify.
- Seed Donation of $100 Million Pledged by Breakthrough Prize Foundation Established by Yuri and Julia Milner.
- Initiative Will Help Partners to Support Refugee Relief and Humanitarian Programs in Ukraine and Worldwide. -

On April 28, 2022 some of the leading technology companies and organizations – including Airbnb.org, Flexport.org and Spotify – together with the Breakthrough Prize Foundation established by Yuri and Julia Milner, announced the launch of the Tech For Refugees Initiative. The new initiative will further efforts to bring humanitarian assistance to refugees around the world. The initial commitment from the Breakthrough Prize Foundation is $100 million, the majority of which will be directed to support civilians fleeing from Ukraine, as a first step toward extending the initiative to other regions.

Coordinated international aid for refugees is urgently needed, given the ongoing human tragedy created by the war in Ukraine and a worldwide refugee crisis that has grown to historic proportions.

According to the United Nations Refugee Agency, the number of people worldwide forced to flee their homes has more than doubled since 1990, to at least 84 million people – representing 1 in every 95 people on the planet. Of these, more than 26 million are refugees seeking safety in foreign countries.

Since the crisis in Ukraine began in late February, more than 5 million people, mostly women and children, have been forced to flee the country, the largest and fastest displacement of people in Europe since World War II. As well as dealing with the physical and emotional trauma of war, and the death and absence of loved ones, many refugees are now in urgent need of shelter, food and other vital necessities.

Tech for Refugees is inspired by the Stand With Ukraine GoFundMe campaign launched by Mila Kunis and Ashton Kutcher in March, which has so far raised nearly $36 million for refugees fleeing from the war in Ukraine, including $5.5 million from the Breakthrough Prize Foundation and DST Global.

The new initiative will leverage the expertise and networks of leading tech firms and organizations to make a difference in the lives of refugees from Ukraine and across the world.

• Airbnb.org, an independent 501(c)(3) nonprofit organization, is offering free, short-term housing to up to 100,000 refugees fleeing Ukraine, drawing upon Airbnb's network of Hosts, technology, and trust and safety infrastructure.

• Spotify Premium will be offered at no cost to Ukrainian refugees, and Spotify will separately embark on a multi-year effort to use the power of music and audio to support the healing of children affected by war.
Tech For Refugees aims to both support existing humanitarian programmes, and fund new programs that provide much needed assistance to refugees. This initiative is open to new partners in the technology sector and fresh ideas for programs to address the global refugee crisis.

"Right now, we all need to ask ourselves, 'how can we help?' We are grateful for the generosity of the Yuri and Julia Milner Foundation and their Tech for Refugees initiative. Their support will help Airbnb.org continue to provide housing to as many refugees as we can," said Brian Chesky, Airbnb co-founder and CEO.

"We're honored to join the Tech for Refugees initiative together with Airbnb and Spotify," added Ryan Petersen, founder and CEO of Flexport. "The support of the Breakthrough Prize Foundation will let Flexport.org help humanitarian aid organizations conquer one of their toughest challenges: getting the right goods to the right place at the right time."

"In times of crisis, music has the power to provide comfort, lift people up, and bring them together. This initiative will give Ukrainian refugees around the world access to the power of audio and the shared human experiences it creates,", said Daniel Ek, co-founder and CEO of Spotify.

Yuri and Julia Milner said, "We have been devastated by the heartbreaking suffering of the Ukrainian people. We believe that this initiative, in partnership with some of the world's most creative technology companies and organizations, can provide practical assistance for people living in turmoil outside their homeland."


***
en.wikipedia.org:
After Russia’s invasion of Ukraine in February 2022 millions of refugees were forced to flee the country. Yuri and Julia Milner announced several donations to help with the refugee crisis.
In April 2022 the foundation established by Yuri and Julia Milner pledged $100 million to Tech for Refugees, a philanthropic initiative launched with Airbnb.org, Flexport.org and Spotify. The initiative is focused on using technology to help refugees from Ukraine to find provisions, shelter and comfort, and it plans to expand the program to address other refugee crises around the world.
On March 24, 2020, Milner published a fact sheet setting out his and DST Global’s relations with Russia. It included statements that he is an Israeli citizen, has never met Vladimir Putin, made 97% of his capital outside Russia, has no assets in Russia and has not visited the country since 2014. Also, DST Global has no investments in Russia and has received no investments from a Russian institution since 2011. In addition, in 2018 the Wall Street Journal confirmed that it had incorrectly named DST Global a Russian firm and it has corrected 13 additional articles containing the same error.