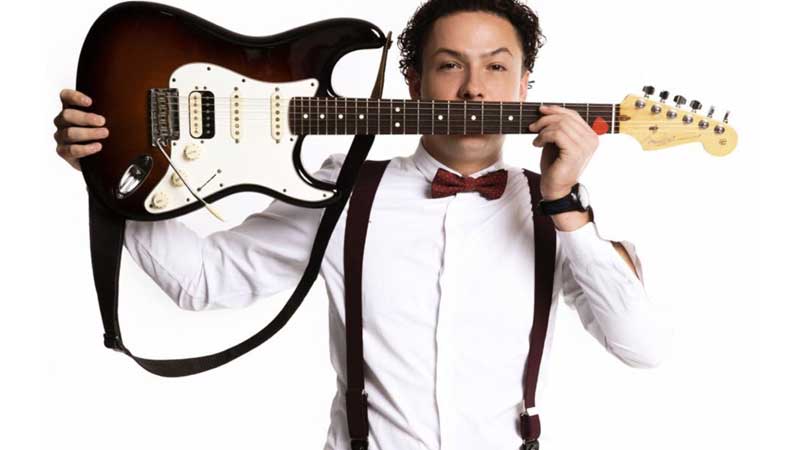 At the time the war broke out in Ukraine, Yaroslav Trubilov was in Egypt. His wife and newborn (7 months) escaped the war and ended up in Poland. Yaroslav subsequently reunited with his young family and they made their arduous journey to Toronto Canada.

By chance, Yaroslav connected with Malia Love's manager. Malia Love, a remarkable Soul and R&B singer, also enjoys delving in other genres such as Jazz & Blues. She recognized the versatility of Yaroslav's ability to skillfully handle these genres and at once welcomed Yaroslav into her band.

Twenty eight year old Yaroslav Trubilov is an accomplished guitar player. He began playing guitar when he was 7 years old. Yaroslav was born in Kramatorsk, Ukraine and studied Jazz Guitar at the Donetsk State Music Academy. He moved to Kyiv in 2014 where obtained his Jazz Guitar Bachelor Degree at the R. Glier Kyiv Municipal Academy of Music in 2018. He's performed throughout Europe and Asia. And now, he's excited to be performing in Canada for the first time as the lead guitarist in Malia Love's band.

Yaroslav will be making his debut performance with Malia Love's 7 piece ensemble on July 16 at the Bloor West Village Festival @ 5:30pm – 6:30pm

Malia Love is an accomplished talented vocalist. A powerhouse. Her incredible dynamic range enables her to masterfully cover some of the greatest artists of our time including: Aretha Franklin; Amy Winehouse; and Chaka Khan. She also has a portfolio of original music that she's been in the process of recording with a great team including platinum awarded producer Thomas McKay and prolific guitar player KC Roberts.