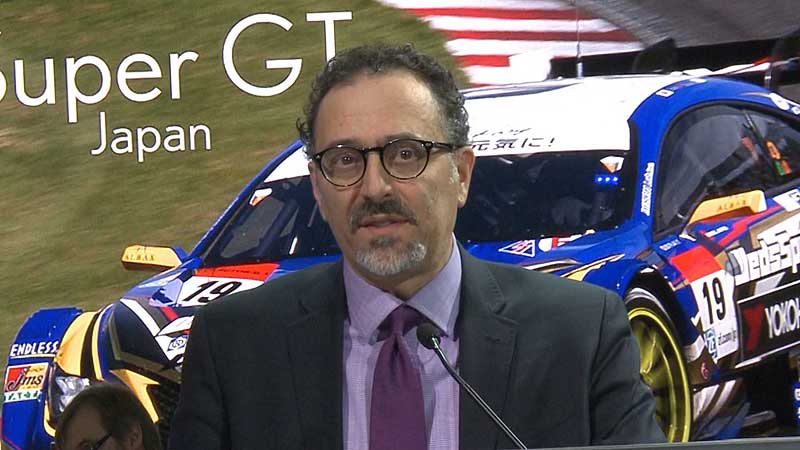 2015 From Stunning Concepts To Engaging Activities, Toyota Canada Inc. Has It All For Toronto Auto S

Toyota, Lexus and Scion have something for everyone at this year’s Canadian International Auto Show (CIAS), which kicks off on the Family Day long weekend in Toronto.

(Toyota/Lexus Canada, Toronto, ON) - This year’s featured concept vehicles making their premieres in Canada include:

- Toyota i-Road – In redefining personal mobility for a low-carbon future, the Toyota i-Road concept is the ultimate fuel-efficient and fun-to-drive small urban vehicle. It’s an electrically powered, unique three-wheeler and is only 850 millimetres in length. It marries motorcycle-like styling and maneuverability with car-like protection and comfort.
- Lexus RC F GT3 – Exemplifying «Amazing in Motion» by being engineered to thrill both visually and through uncompromising performance, the Lexus RC F GT3 is a concept race car preparing to enter the 2015 GT3 race circuit. It’s a wider, lower to the ground and lighter version of the RC F sports coupe, with a modified V8 engine delivering output exceeding 540 horsepower.
- Scion iM – With «i» standing for individuality and intriguing, and «M» representing modern, multifaceted and magnetic, the Scion iM concept is a versatile five-door compact hatchback. With a design that is race inspired, it has a wide stance and low ride height, yet is designed for urban driving, boasting excellent fuel efficiency and sporty handling. A production version of the iM will arrive in dealerships later this year.

«Auto shows are a great place to hear what Canadians need and desire in their cars, and special concept vehicles are an excellent start to those conversations,» said Seiji Ichii, President and CEO, Toyota Canada Inc. «With concepts available for all three Toyota, Lexus and Scion brands, we hope that visitors are inspired by the design and innovation behind all of our special Canadian debuts at this year’s show.»

There are also some exciting contests visitors can enter for a chance to win big:

There are also some fun activities show visitors won’t want to miss.

- The Toyota Concepts Photo Booth will allow visitors to imagine themselves sitting in one of the concept vehicles. The photo is sent electronically to participants as a keepsake.
- Visitors can also enjoy free Wi-Fi at the Toyota booth to post news and photos of the exciting concepts they’ll find at the show.
- At the Scion booth, visitors can get a hair make-over at the #ScionStyle pop-up barber shop. They can also enjoy driving simulators and lots of music, including a special DJ appearance by Justin Peroff from Broken Social Scene. In addition, Scion racer Pat Cyr will be at the show with the new car he will be racing in 2015, which features a 2JZ-GTE engine that can generate up to 1,000 horsepower on Saturday, February 14 and Sunday, February 15 from 11 AM – 7 PM.

The Toyota, Lexus and Scion booths are located on the 800 Level and i-Road demonstrations in room 715 of the South Building at the Metro Toronto Convention Centre (MTCC). The CIAS runs February 13-22.

Picture yourself in a Toyota concept vehicle, get a free Scion-style hair makeover, and enter for a chance to win a Lexus NX 200t
* * *