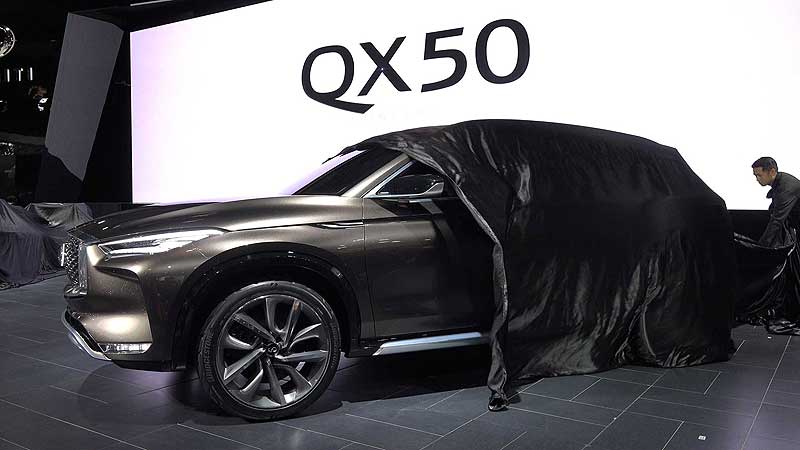 «The QX50 is the most emotional design execution ever applied to an INFINITI crossover, combining outstanding performance with state-of-the-art technology and a daring design,» said Stephen Lester, managing director, INFINITI Canada. «INFINITI has offered Canadians benchmark-setting vehicles in the crossover segment for almost 15 years, and we are thrilled to show CIAS visitors the brand’s future offering in the fastest-growing segment globally.»

About the INFINITI QX50 Concept

An evolution of the 2016 QX Sport Inspiration, the QX50 Concept shows how the design of its conceptual predecessor could be adapted for a future production model in the luxury crossover segment. INFINITI's latest concept articulates the artistic influence of the designer through the brand's «Powerful Elegance» design language. A «cabin-forward» silhouette combines with taut, muscular lines and flowing surfaces telegraph it as a dynamic and practical crossover.

In the future, INFINITI's autonomous drive technologies will continue to make driving less stressful, – such as navigating stop-start traffic on the highway or keeping track of the positions of surrounding vehicles.

Since its inception in 1989, INFINITI has brought a number of pioneering driver-assistive technologies to the customer. The company has been responsible for a series of world-first semi-autonomous technologies, including Predictive Forward Collision Warning, drive-by-wire Direct Adaptive Steering® and Active Lane Control.
* * *