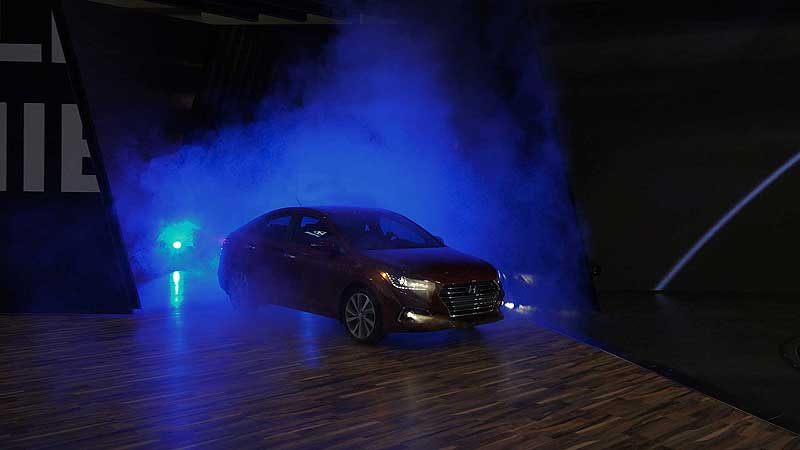 (CIAS 2017, Toronto, February 26, 2017) — Five straight days of record-setting crowds to open the 2017 Canadian International AutoShow set the pace for one of the strongest shows in the 44-year history of Toronto’s automotive exposition.

More than 47,000 people came through the Metro Toronto Convention Centre on the final Saturday. Final attendance numbers will be available Monday, but it is certain that the 2017 AutoShow will eclipse the 320,000 people who attended in 2016.

«The Canadian International AutoShow has grown into a diverse event that is not only about the newest cars on the market, and future automotive trends.» says Jason Campbell, General Manager of the AutoShow. «It is truly a lifestyle show, the largest consumer show in Canada, exploring all facets of the automotive world past and present, with numerous hands-on activities and virtual reality exhibits this year.»

The final day of the 2017 AutoShow included Canadian racecar driver and co-owner of Canadian Tire Motorsports Park Ron Fellows on the AutoShow LIVE stage talking about his first experience watching Formula One racing and how that influenced his life and career, the OPP providing an outline on underwater search and rescue and a special «Smackdown» debate between auto journalists Mark Richardson and Norris McDonald.

• A total of 41 Canadian car, truck and concept vehicle unveils, including the global premier of the 2018 Hyundai Accent, the North American debut of the Aston Martin AM-RB 001 hypercar concept (also a global auto show debut) and the North American reveal of the Jaguar F-Type 400 Sport.
• The Automotive News Canada Congress held over media and Industry Days bringing an international roster of speakers to discuss key trends in Canada’s automotive ecosystem.
• The display of 16 concept vehicles showcasing the future of automotive technology, comfort and performance.
• An appearance by Canada’s only Grand Prix World Champion Jacques Villeneuve, who was on hand to help launch the 50 Years of Grand Prix Racing in Canada exhibit alongside several dignitaries who were instrumental in bringing a Grand Prix race to Canada in 1967 and keeping it flourishing today.
• The Automotive Journalists Association of Canada awarding Canadian Car of the Year to the Volkswagen Golf AllTrack and the Canadian Utility Vehicle of the Year to the Subaru Forester.
• The Art & the Automobile: The Canadian Story, presented by Cobble Beach Concours d’Elegance, which traced the first 100 years of Canada’s history using classic cars from an 1867 Seth Taylor steam buggy to a 1967 Chevrolet Camaro.
• Recognition and appreciation of Canada’s emergency service providers and armed forces during Heroes Welcome Day.
• The debut of the AutoShow LIVE stage, with a roster of speakers that included professional and amateur racecar drivers, the OPP and auto industry insiders.
• Justin Blemur, drawn as winner of the $113,000 Dodge Challenger SRT Hellcat in the TADA Rock the Road Raffle for Prostate Cancer Canada.
• Muscle Car Matchup being won by John Antoniadis and his 1977 Pontiac Firebird Trans Am that is fashioned after the car driven by Burt Reynolds in the 1977 film Smokey and the Bandit.

The Canadian International AutoShow will return to the Metro Toronto Convention Centre February 16th to 25th, 2018. Please visit autoshow.ca for more information. Follow us on Instagram @cdnintlautoshow, chat with us on Snapchat at autoshowcanada, Like us on Facebook and join the conversation on Twitter @autoshowcanada with the hashtags #AutoShowOhCanada and #CIAS2017.