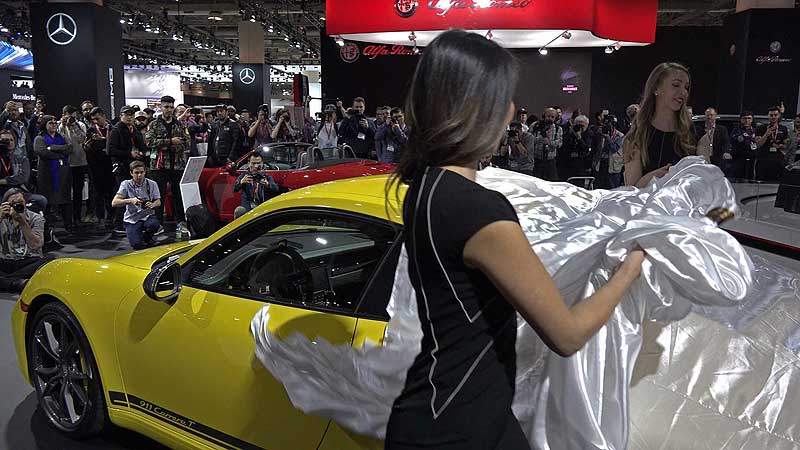 (Porsche, February 2018) - The new 911 Carrera T revives the puristic concept behind the 911 T of 1968: less weight, shorter transmission ratios from the manual gearbox and rear-wheel drive with mechanical rear differential lock for an enhanced performance and intense driving pleasure.

The rear window and rear side windows are made from lightweight glass and the door trims feature opening loops. The sound absorption has been largely reduced and rear seats can be omitted. The result: At an unladen weight of 1,424 kg, the two-seater is 6 kg lighter than a 911 Carrera with comparable equipment. Thanks to these measures, its exclusive gearbox, and differential, the 911 Carrera T can sprint from 0 to 100 km/h in 4.5 seconds – 0.1 seconds faster than the 911 Carrera Coupé.