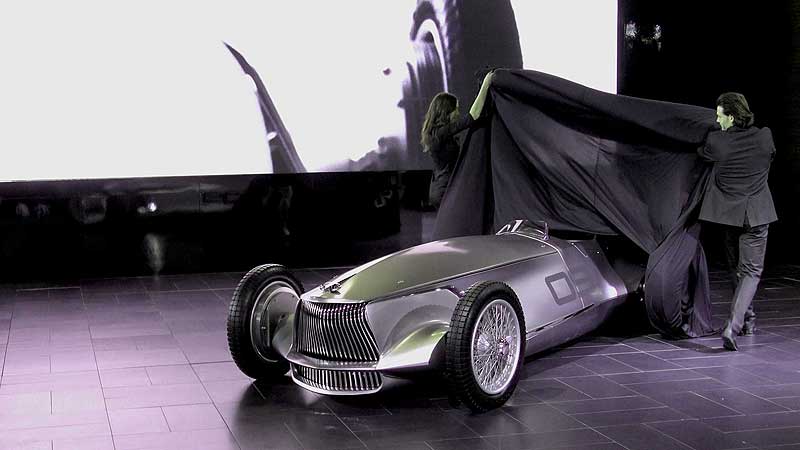 (INFINITI Canada, February 2018) - Prototype 9 – and the crucial question, "What if…"
What if INFINITI was born in the 1940's when races were competed with roadsters, like the ones at the Tamagawa Speedway in Japan? This simple question had a domino effect on the design team at INFINITI and after countless hours of voluntary overtime by a team of passionate employees, Prototype 9 was born.

The eye-catching vehicle is a combination of past and future in one car. It is a sleek, open wheeled electric retro roadster prototype inspired by an emerging era of Japanese motorsport.

"Similar to INFINITI vehicles on the road today, Prototype 9 required a combination of high tech pioneering spirit and obsessive traditional artistry. The panels were hammered into shape by the amazing craftsmen and artisans found so often in Japan: the Takumi. The vehicle's stunning bodywork is made from steel body panels wrapped around a ladder frame." – Karim Habib, INFINITI Executive design director.

Panel beaters incorporated INFINITI's signature design elements, such as the double-arch grille, 'shark gills' behind the front wheels, a single-crease hood and sharp lines that stretch from front to rear.